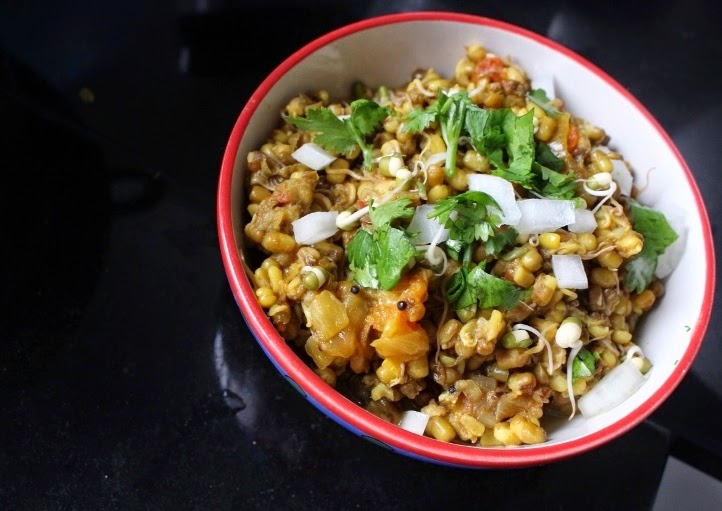 Hi friends
I am sharing the moong sprout salad. . This is one of my favorite dishes  as a kid, ofcourse by mom :) just loved having this as breakfast or even as side dish with chapati for lunch or dinner! 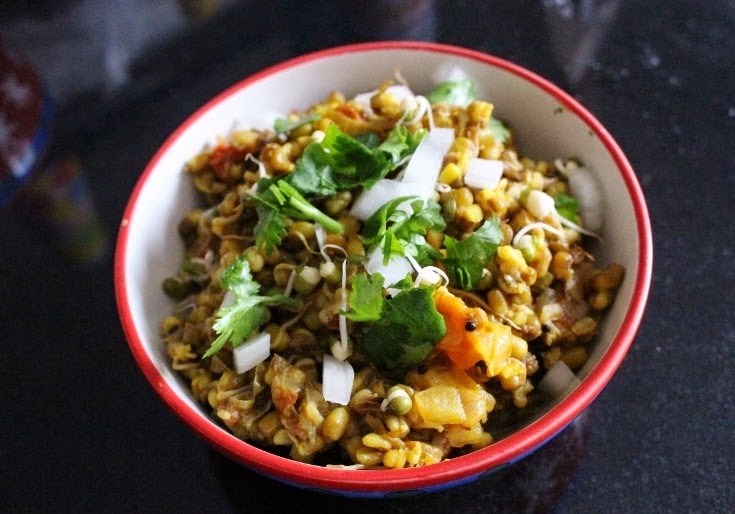 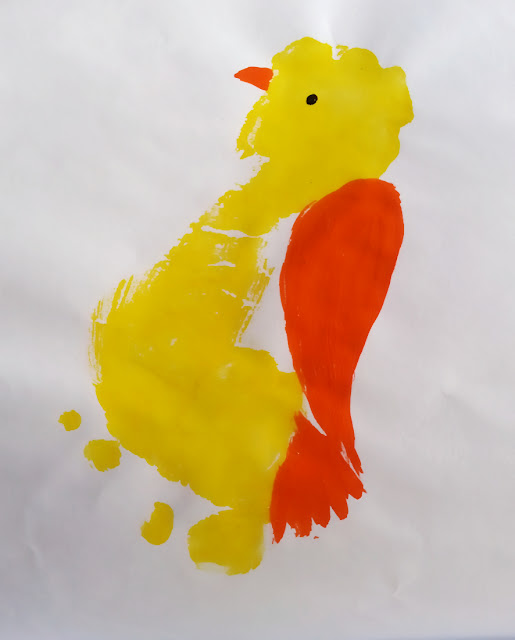 Hi friends. .sharing one of our favorite painting activity!  Kiddo just loves to apply paint all over her hands/feet and create interesting pattern!

I still remember my first attempt at getting her to do handprint and footprint some 2 years back..how much scared was I for the mess it is gonna create :)

Check out our other handprint and footprints here: 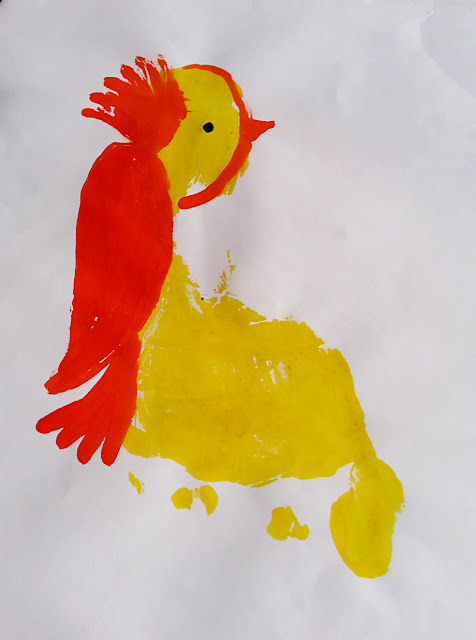 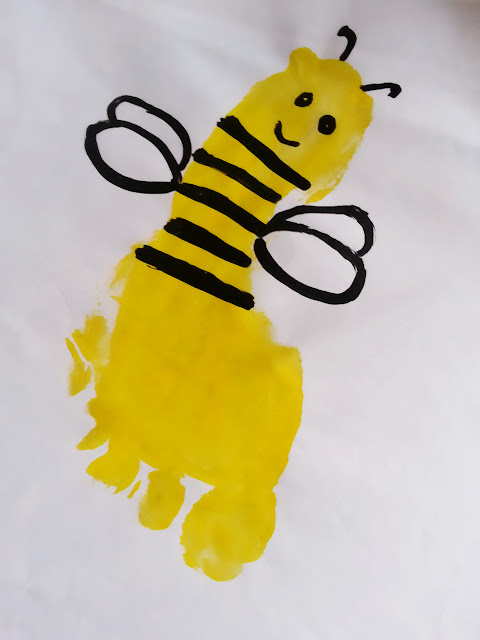 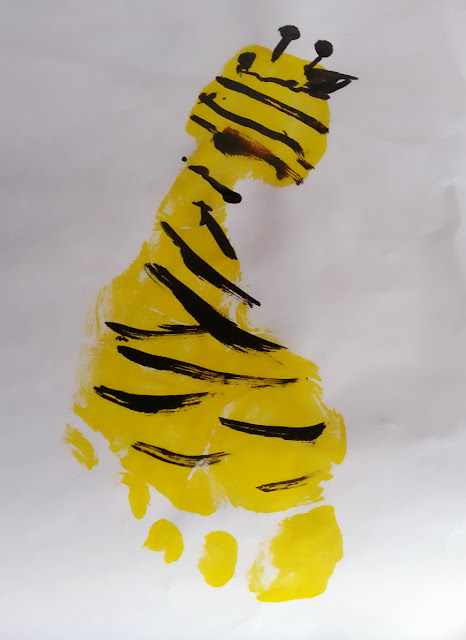 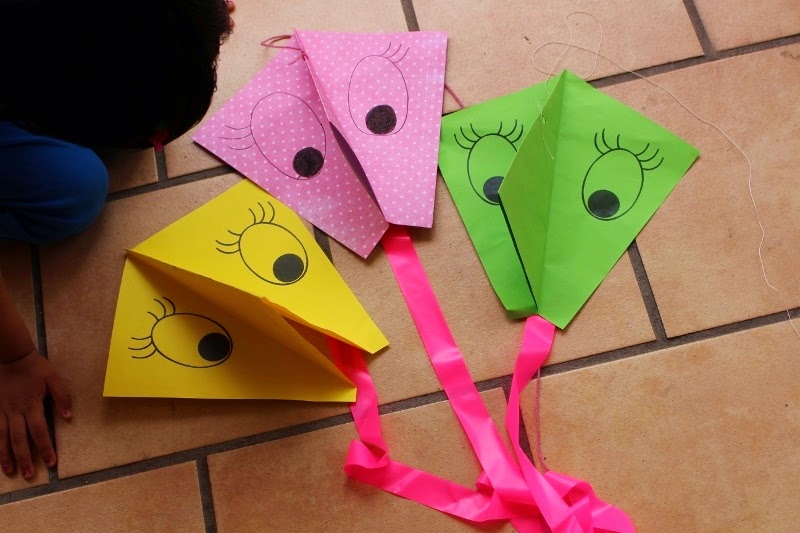 Makar Sankranti is a major harvest festival celebrated in India. Makara Sankranti commemorates the beginning of the harvest season and cessation of the northeast monsoon in South India. The movement of the Sun from one zodiac sign into another is called Sankranti and as the Sun moves into the Capricorn zodiac known as Makara in Sanskrit, this occasion is named as Makara Sankranti in the Indian context.

In Maharashtra on Makara Sankranti (मकर संक्रान्ति) day people exchange multicoloured halwa (sugar granules coated in sugar syrup) and til-gul laadoo (sweetmeats made from sesame seeds and jaggery. Check out the recipe here). While exchanging til-gul as tokens of goodwill people greet each other with the words "तिळगुळ घ्या, आणि गोड-गोड बोला / til-gul ghyaa, aani goad-goad bolaa" meaning ‘Accept this til-gul (sweet) and utter sweet words’. The underlying thought in the exchange of til-gul is to forget the past ill-feelings and hostilities and resolve to speak sweetly and remain friends. The importance of sesame seeds is it keeps body warm and provide good oil, which is needed as winter dried up the moisture from body.

Kite flying is an inevitable part of this festival. Kites are made of special light-weight paper and bamboo and are mostly rhombus shaped with central spine and a single bow. The string often contains abrasives to cut down other people's kites. When people cut any kites they used to yell with words like "kaypo chhe", "e lapet", "phirki vet phirki" and "lapet lapet" in Gujarati. People spend the whole day on their terrace, flying kites with music on and yummy goodies to munch on!

Sharing here our attempt at making kite when we were back in Sydney. Kiddo and me thoroughly loved out activity and the daddy too got involved in taking pics and posing with the kite J


Here are the step by step pictures: 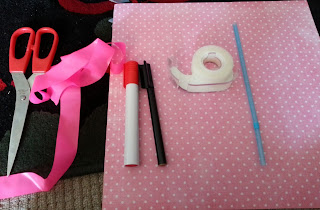 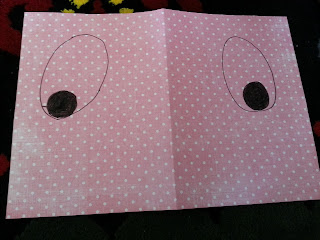 Fold the paper into half and draw eyes on it 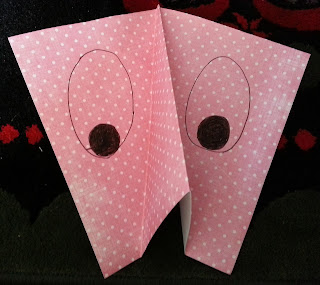 Mountain fold the center to create a nose of the kite. 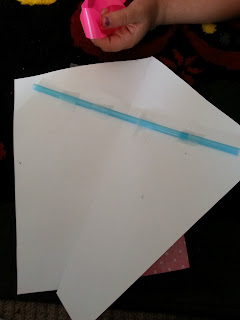 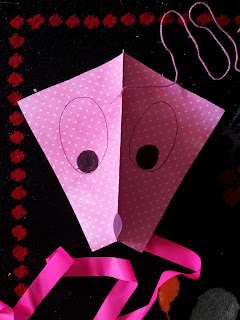 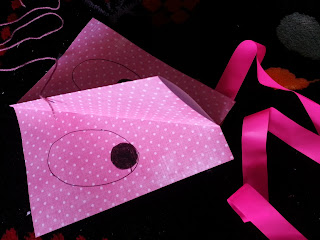 Stick th ribbon tail on the back of the kite
tadaa..the kite is ready to soar!! 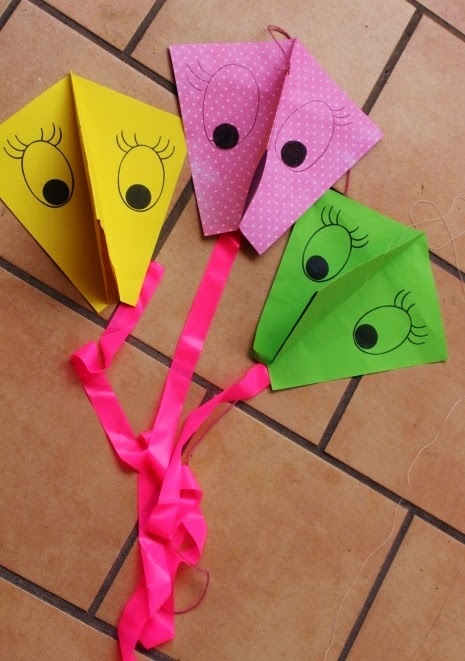 Sharing a few crochet beauties that I tried some time back. . 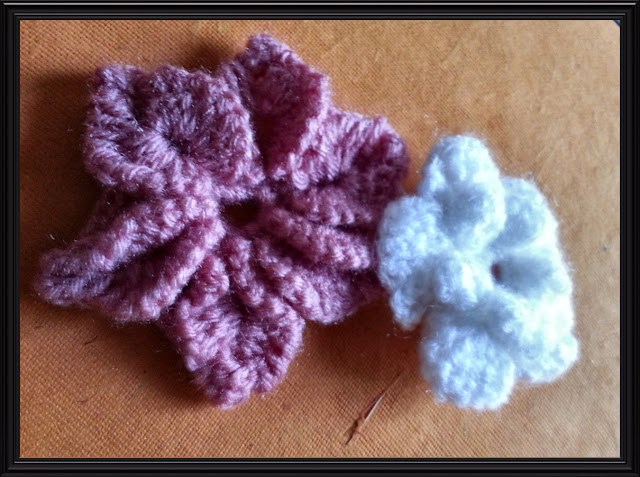 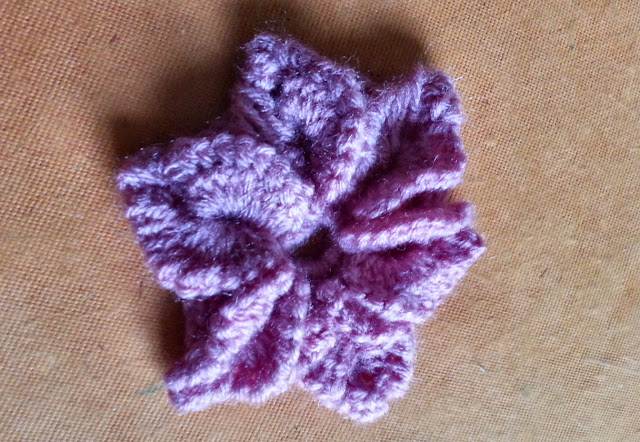 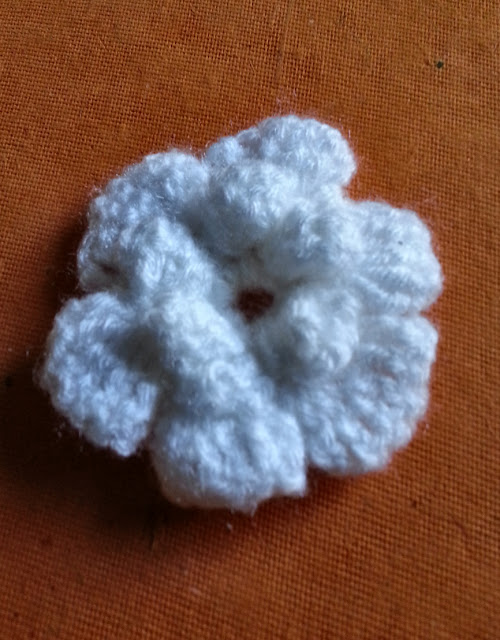 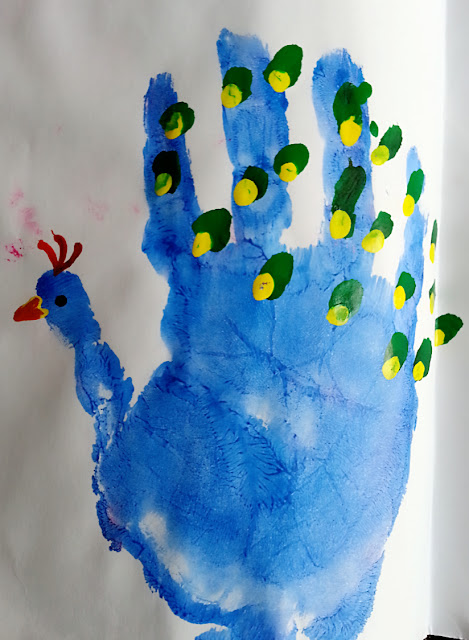 Hi friends. .sharing a simple craft for kids. This is a handprint peacock which can be used  as a keepsake for the kids handprint.  Also it satisfies the mess loving kids..since you need to apply paint all over the hands. . This may get lot messy if not handled properly! 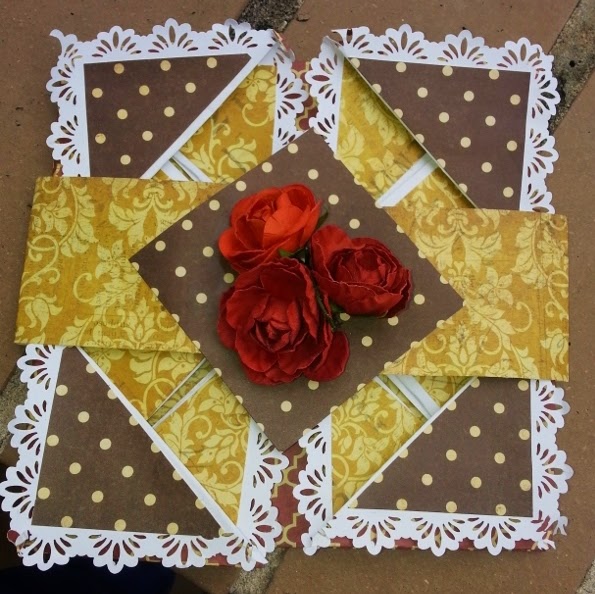 Made this card for a friend. .love the bright and bold colors of this card. 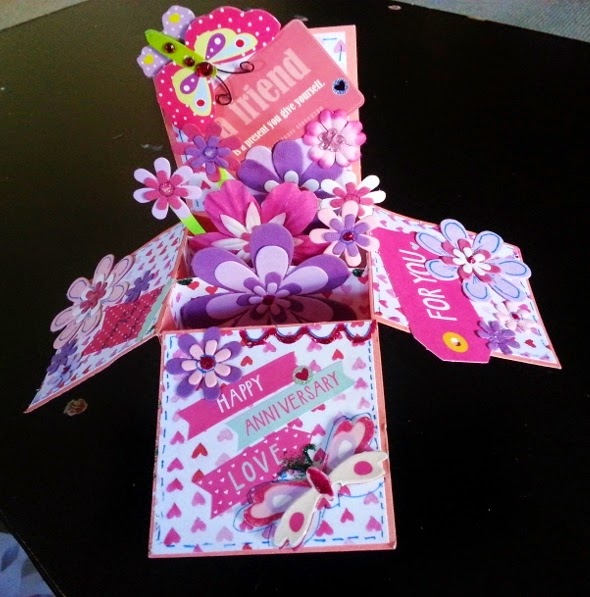 Favorite card for my best friend. 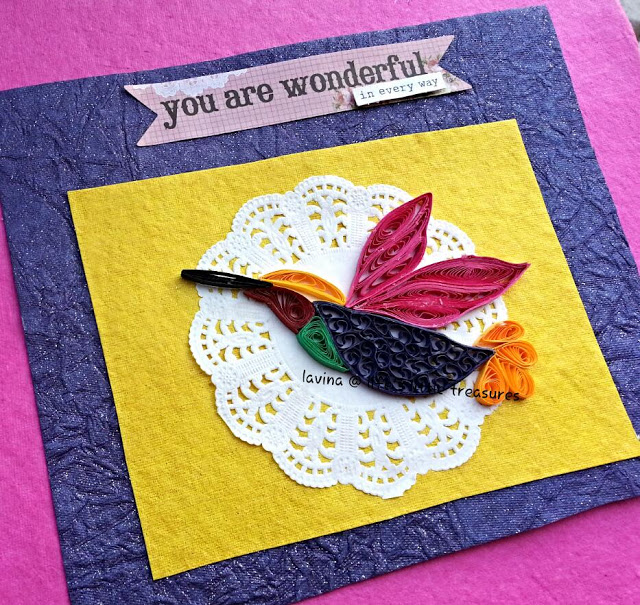 Card for a cause ..to stop domestic violence 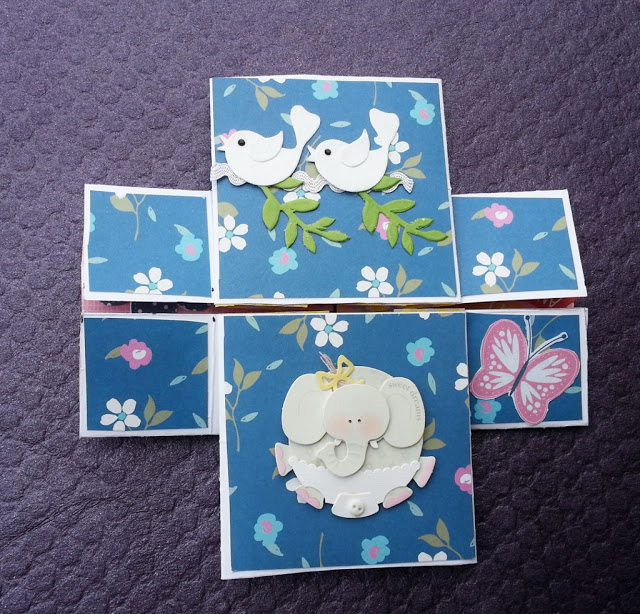 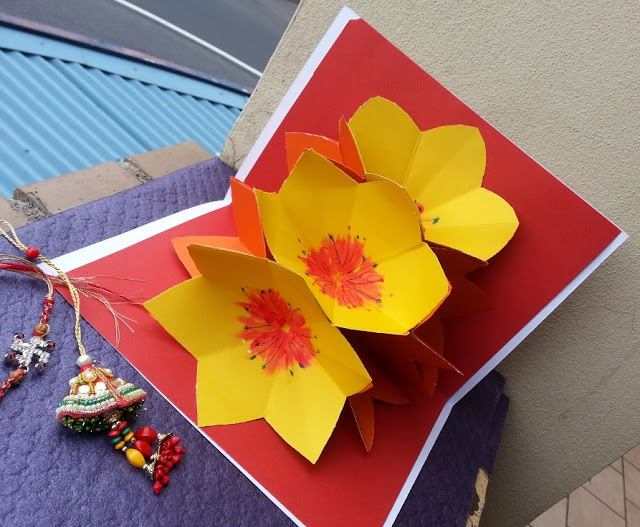 Pop up card for my brother.

Posted by lavina agarwal at 4:38 AM 6 comments:

Hi friends. .wish you all a very happy new year! 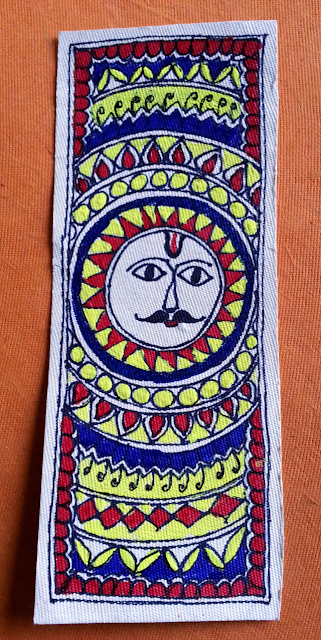 Hope you have good luck and wonderful time with friends and family in the year 2016.
For me 2015 was a roller coaster year. .being in sydney..singapore..Thailand. .malaysia. .then in india ..Mumbai. .napgur..adilabad..and nearby places.  It was a transformation from the most developed places on earth to the little rural towns!  Amazing and enriching experience all the way!
Sharing today a bookmark/tag I painted in madhubani style. .hope you like it :)
Painting a madhubani Sun is new to me , since this is the first time I painted it. Loved making it.

lavina agarwal
India
"Reached for the stars and got an armful of heaven!" Helloo all!! A warm welcome to my blog. It's a pleasure to have you here. Its really fun to create something stealing out time from the busy schedule. Through my little efforts, I just want to leave this world a shade better.. Would love to hear from you. Do leave your comments, suggestions..love